BINAC in Bergen, Bags in Boston

The headline says it all. We feel like we've died and gone to the Big IKEA in the sky. Here are a few pictures from Bergen, Norway: 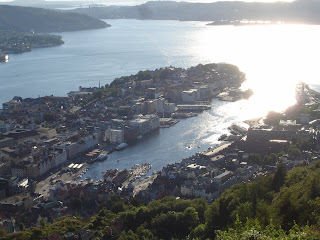 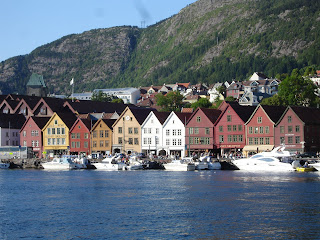 And here are two shots from the train ride from Oslo to Bergen: 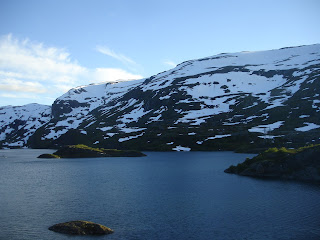 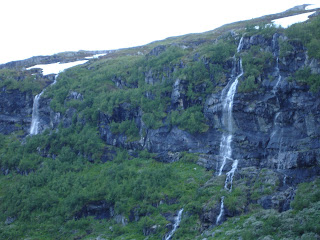 Due to a technical fault, we are unable to serve this blog today.

We saw a rather amusing and slightly disturbing sign at the Manchester UK airport this morning: "Due to a technical fault, we are unable to serve beef today." The sign was at Burger King, meaning that this Burger King location is apparently no longer serving burgers. We suggested a new name of "Chicken King" to evade any false advertising claims, but the cashier didn't seem too interested.

Speaking of technical faults, our ClustrMap is all screwed up, but at least that makes it easier to see our hits from Mongolia.
Posted by Birding is NOT a crime!!!! at 1:43 PM No comments:

BINAC may be coming to your town soon!!!

We spent most of the last few weeks in Florida and Louisiana, but now we're off on a grand (read: shitty but expensive) tour of places where they speak better English than most of our neighbors here in Chicago.

***
Hello to all ABC/C contestants,
The results are in and have been counted for the 2007 America's Birdiest City/County competition, which had 19 entrants. I want to congratulate everyone who participated and helped keep this competition going. I would like to especially thank Phil Pryde for having the insight and inspiration to start this contest. He realized there was a niche to be filled in the birding world for a contest that can be competitive without being bogged down with formalities. It's also a great pr / marketing tool as everyone already knows.
I would also like to thank everyone for having patience with me in my first year as coordinator. Before I announce the winners I would like to mention that in the case of dividing the country between east and west I used a map of the migration flyways, with Atlantic and Mississippi flyways being east and Central and Pacific flyways being west. I hope this has not put anyone in a different category than you had previously been in. Now, let's get down to business....
Here are this year's winners:
Large Coastal City:Corpus Christi TX- 240
Small Coastal City:Dauphin Island AL- 203
Large Inland City:San Antonio TX- 179
Small Inland City:Duluth MN- 162
Inland County East:St. Louis County MN- 198
Inland County West:Kern County CA- 235
Coastal County Atlantic Coast:Washington County ME- 160
Coastal County Gulf Coast:Nueces County TX- 254
Coastal County Pacific Coast:Los Angeles County CA- 272
Congratulations again to everyone. I hope you all had fun and will participate again next year. We are planning to put the complete results on the Dauphin Island Bird Sanctuaries web site, so check with them soon.
Until then,Good Birding!
Mike
***
Posted by Birding is NOT a crime!!!! at 10:26 PM No comments:

The sound you hear is the other shoe dropping...

Well, we've been holding our fire a bit on the City of Chicago's gull extermination plans, waiting to see what the City's real motives were, but our unilateral cease-fire ends today. Because today, the City -- sneaky liars that they are -- gave us poor citizens an insight into why they're so intent on destroying the existing gull colonies: They want to build new harbors and piers for cruise ships. Check out the Tribune story at http://www.chicagotribune.com/news/local/chi-harbor13jun13,1,4845074.story?coll=chi-news-hed (registration may be required). Make sure you check out the drawings of the new harbors.

Apparently the current "Dime Pier," located just south of Navy Pier, which hosts a decent-sized colony of Ring-billed Gulls, will be the site of a new harbor for "larger boats and transient boaters." The wheels were set into motion in May when the City swapped land with the Park District.

So let's see here, the Park District announces in late April that because the bad stinky gulls are polluting Chicago's pristine beaches, they are implementing an extensive plan to destroy those colonies to "improve water quality". Then a week or two later, they quietly acquire the land where the gull colony is located, and a few weeks after that, they announce that they will be building a fancy new harbor there. Clever bastards! You see how the City operates? Blah blah blah we want to protect the environment blah blah blah make our water cleaner blah blah blah how do you like our fancy new harbor for out-of-towners? And many of the suckers in the press and in the "birding community" fell for it hook, line, and sinker.

And the winner is...

The polls for the BINAC Girl of the Week will close tonight at midnight Chicago time.

So, in that great Chicago tradition, stuff the ballot box until then.

UPDATE: OK, so last night as of midnight there was a tie, so the voting will be extended to 11:00 pm Chicago time tonight. (There can only be *one* BINAC Girl of the Week at the same time!!!)
Posted by Birding is NOT a crime!!!! at 10:09 AM No comments: