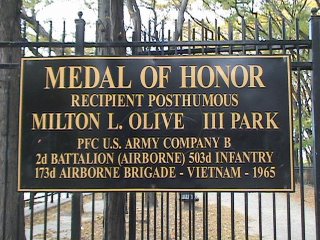 Well, I decided to take advantage of the nice afternoon, so in-between watching the Bears beat the Lions and doing some chores around my place, I walked over to Olive Park to see what was around. 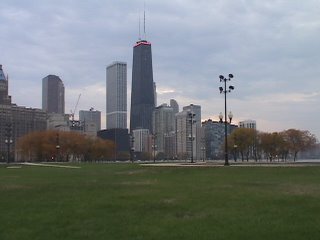 Olive Park is another great little migrant trap along the Chicago lakefront, in the shadow of the John Hancock Building. Not too many people bird there any more because there is no cheap parking and it is not really close to anything else.

The park was essentially created to compensate for the construction of the Jardine water treatment facility along the lakefront. When Jardine was constructed, they also built Olive Park, so the park is technically run by the Water Department and not the Park District.

One other reason people don't really bird Olive Park much any more is because it just hasn't been that great in recent years. I know when they were banding birds there years ago they had a number of great rarities, but the "restoration" done at Olive Park in the last few years has really killed the birding. (Hey, when a site has *no* significant nesting species, here's a thought...let's manage it for migrating birds, not local nesters that won't nest there anyway. Especially when the "restoration" efforts kill a roosting spot for the only truly "high-priority" species that regularly occured at Olive Park--Black-crowned Night Heron. But I digress.)

Anyway, the birding was pretty slow today. Saw my FOTS Brown Creeper, along with 2 Fox Sparrows, 1 Song Sparrow, and 39 White-throated Sparrows. I saw exactly zero Tree Sparrows. Now, Northerly Island is, as the crow flies, maybe 2 miles directly south of Olive Park, but NI was loaded with Tree Sparrows today and had few WT Sparrows, but Olive was full of WT Sparrows and had no Tree Sparrows. I guess that shows how important it is to have different types of habitat along the lakefront. If you build it, they will come.

P.S. Am having trouble uploading photos from the Florida trip, as soon as I get that sorted out I will post a couple of new reports.

P.P.S. A couple of big projects at work may slow down the blog for a week or two, but we shall return...